Dear digiKam fans and users, after the first digiKam 6 release published in February 2019, we received lots of user feedback to consolidate this important stage of this project started 2 years ago. We are proud to quickly announce the new digiKam 6.1.0, with plenty of new features and fixes.

With 6.0.0, digiKam project has already left the KIPI plugins support and embedded all tools as native solutions without easly permitting to customize and extend the application. digiKam 5.9.0 was the last version supporting KIPI after more than 15 years, and less and less support outside of the digiKam project. It’s time to turn the page now and to reload the story with a new plugin interface more powerful, more adjusted to all digiKam main tools, with an extended support to Showfoto, and without losing legacy features.

Don’t be afraid, you will loose nothing and gain more power with this new plugins interface, named “DPlugins” for… “digiKam Plugins” of course.

Where the KIPI tools were limited to the Main Album View in digiKam, DPlugins can be used everywhere, e.g. in Image Editor, Light Table, Showfoto, and of course the Album View. This include all Generic tools to import/export items or edit metadata, but wait a minute… more than that also Image Editor re-touch tools (colors editing, Transforms, Decorate, Effects, etc.), and wait a second… still more Batch Queue Manager tools to process many files at once. Now you will get a feeling of the huge difference to the older KIPI solution: digiKam becomes really open and extensible as it must do since a very long time, where KIPI never achieve this task.

The list of plugins is already very long, and we work hard to make all the features ready to use in only 2 months. Nothing will be lost from users side compared to previous versions: 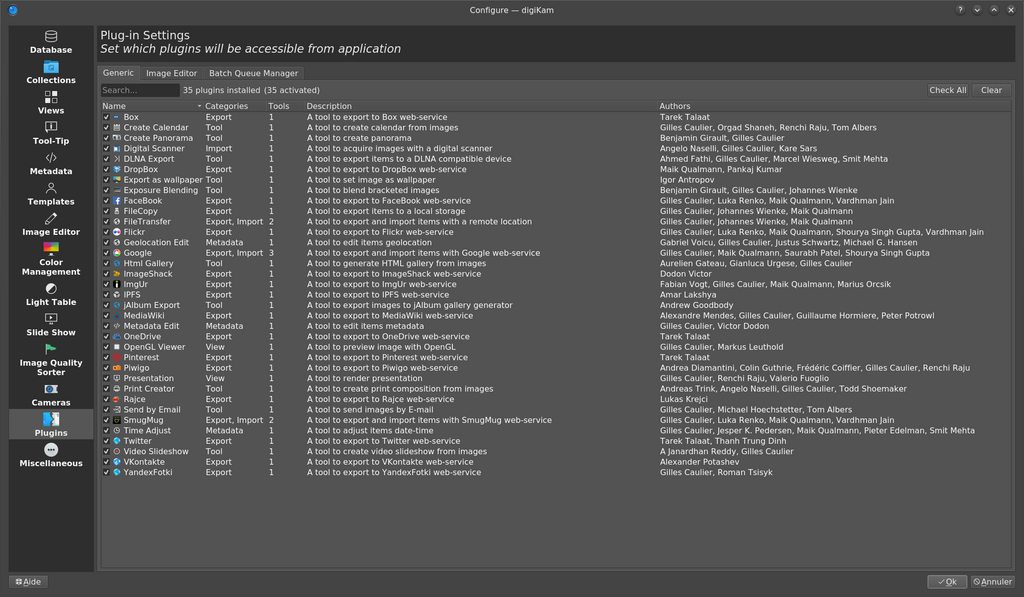 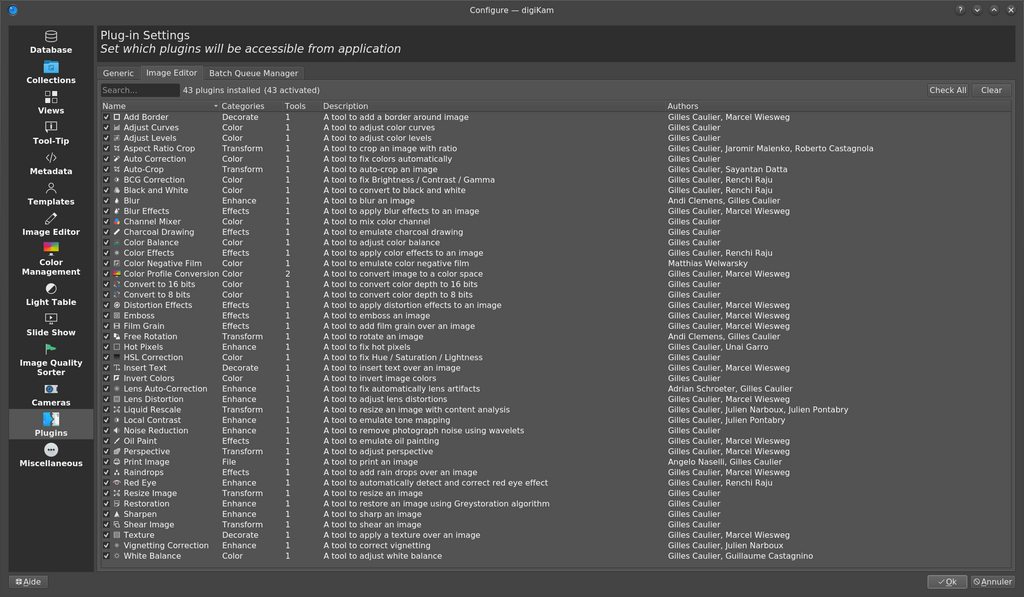 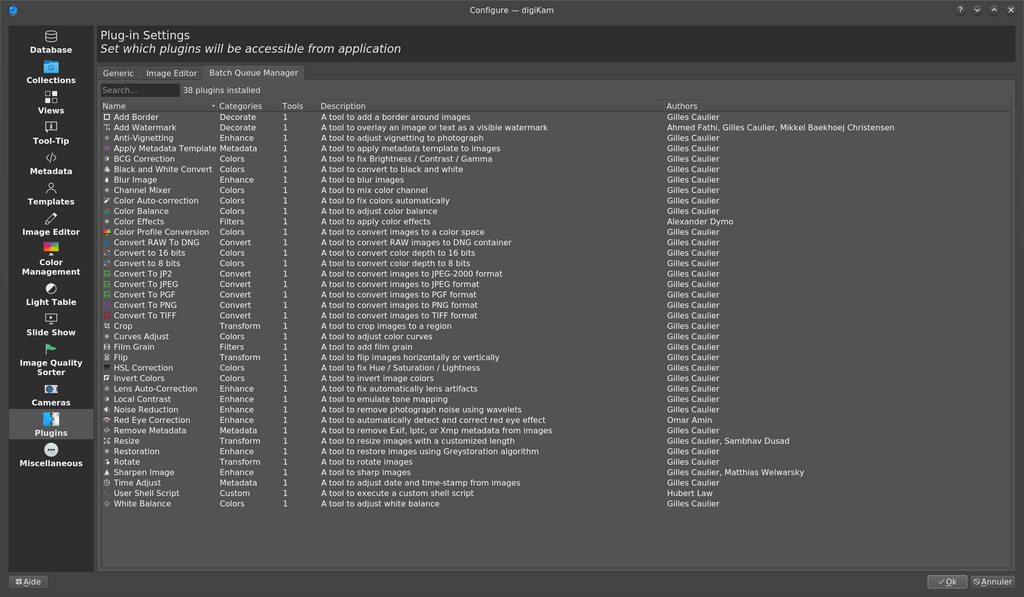 As you can see in these screenshots, the Generic and Image Editor plugins can be enabled or disabled during application sessions. This permits you to optimize and customize your digiKam or Showfoto as you want. Batch Queue Manager plugins are not yet configurable in this way, but it’s just a question of time.

As said previously, DPlugins are shared also between digiKam and Showfoto, the stand alone version of digiKam image editor which do not support the digiKam database. For example, see below on the left side the famous Metadata Editor plugin in action from Showfoto application, and on the right side the Showfoto DPlugins configuration tab from setup dialog.

The DPlugins API is already available for external contributions, e.g. for the students that will work with us during this summer. This will permit to extend digiKam without touching the core implementation and organize the changes only in dynamically loading tools. DPlugins is a safe approach to increase features without loosing stability. DPlugins is based only on pure Qt API for a better portability and maintainability.

In the future, we plan to extend DPlugins to others parts of digiKam, as Image loaders, Camera operations, Database, Face Management, Maintenance, etc. This will take a while and it will done step by step in the next 6.x releases. Note that we don’t plan to share this plugins interface with other external applications, as they depend too much on digiKam core API. This would require to export all digiKam core implementations as shared libraries, and that is entirely out of scope so far for the project.

While finalizing the DPlugins API and porting all digiKam tools as plugins, two new features have been introduced for this release: 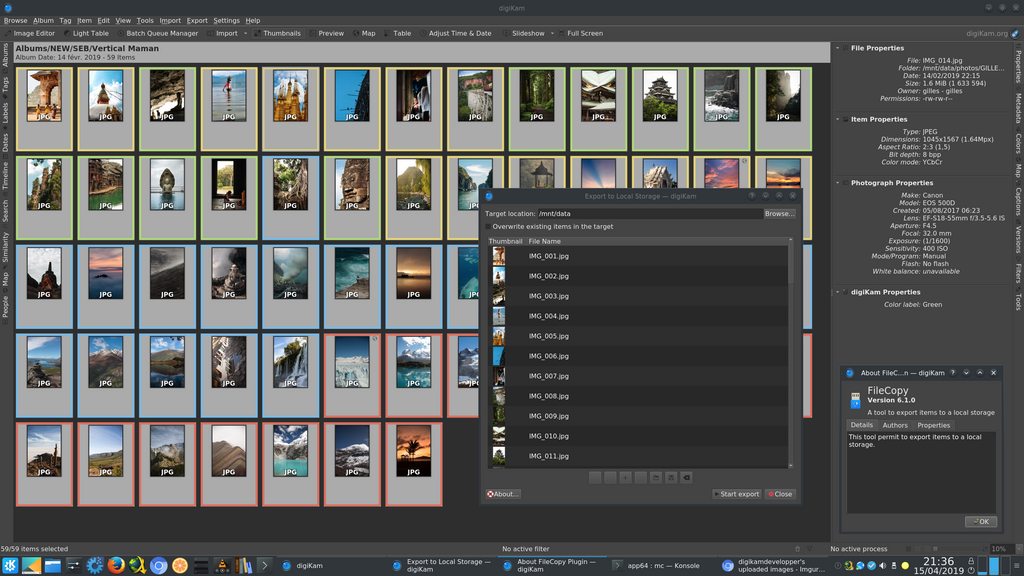 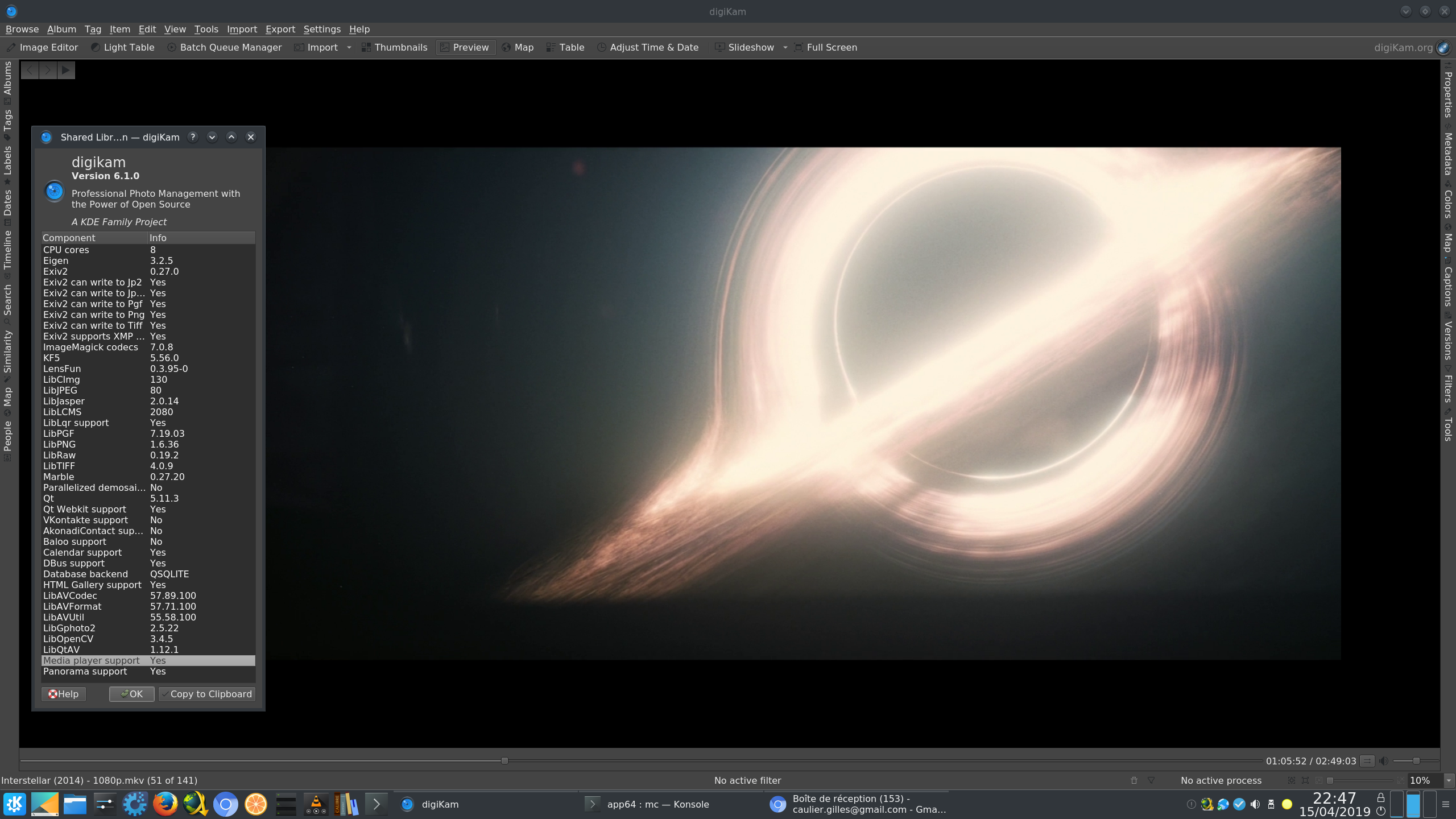 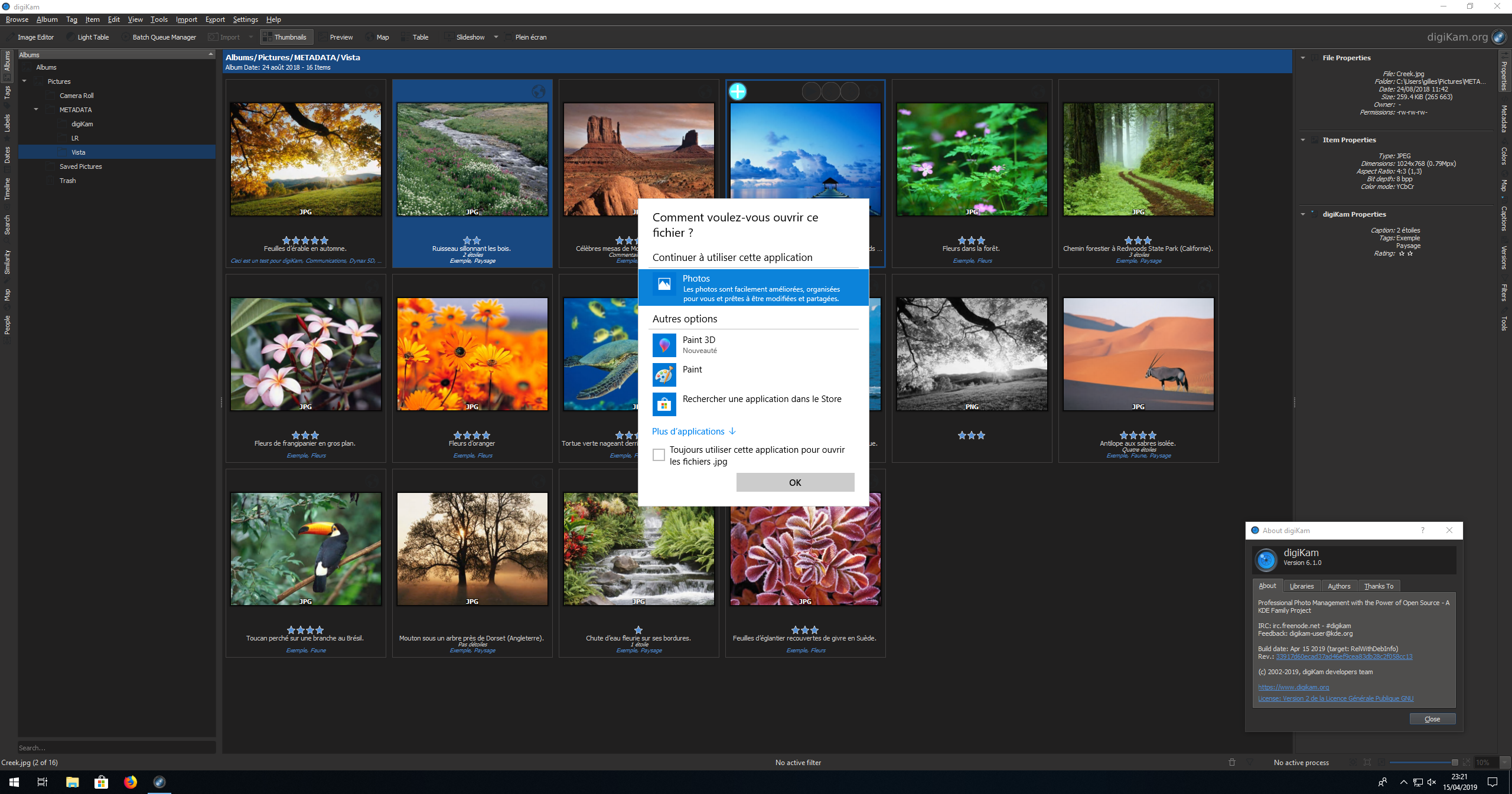 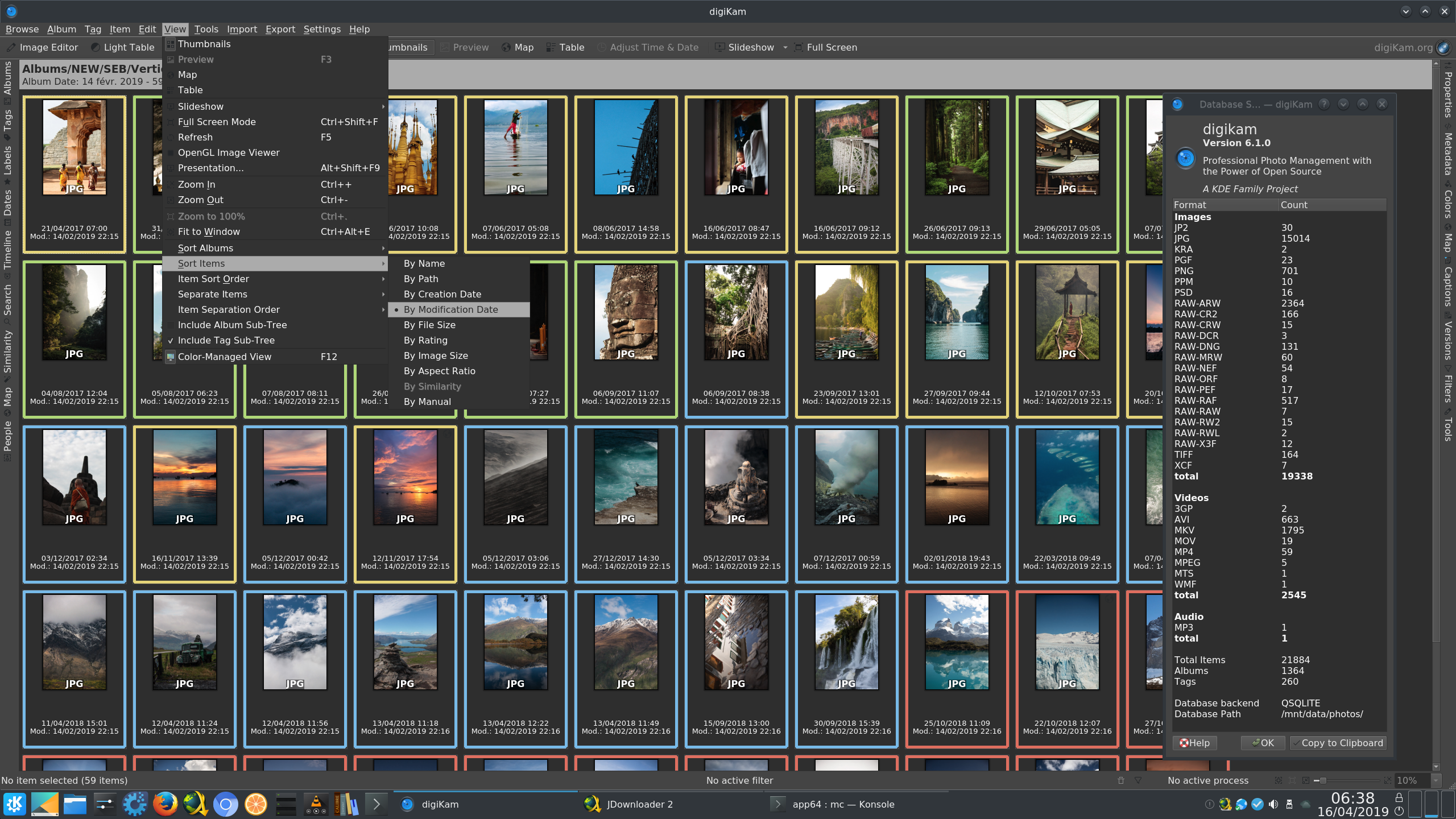 Thanks to all users for your support, all contributors, all students, and testers who permit to improve this release.

Rendez-vous in few months for the next 6.2.0 release and a presentation of students who will contribute to the project during the GSoC 2019 event.