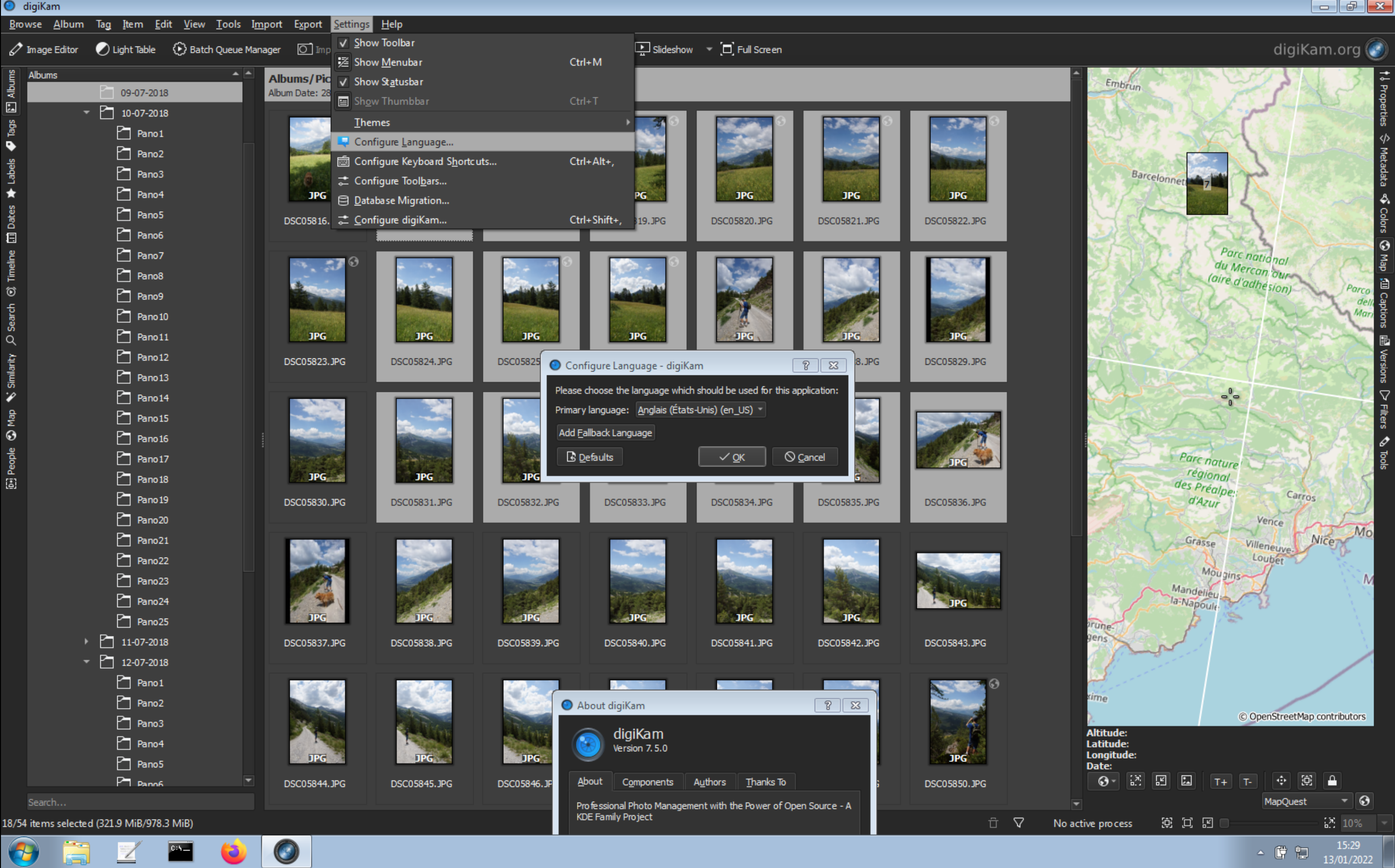 After one month of active maintenance and a huge bug triage, the digiKam team is proud to present version 7.5.0 of its open source digital photo manager. This new version arrives with more than 700 files closed in bugzilla and main improvements about usability.

See below the list of most important features coming with this release.

digiKam and Showfoto have been internationalized by the KDE translators team since the start of the project. This means 20 years of localization with more than 50 different languages. If you know a proprietary software which can do better, let’s hear… 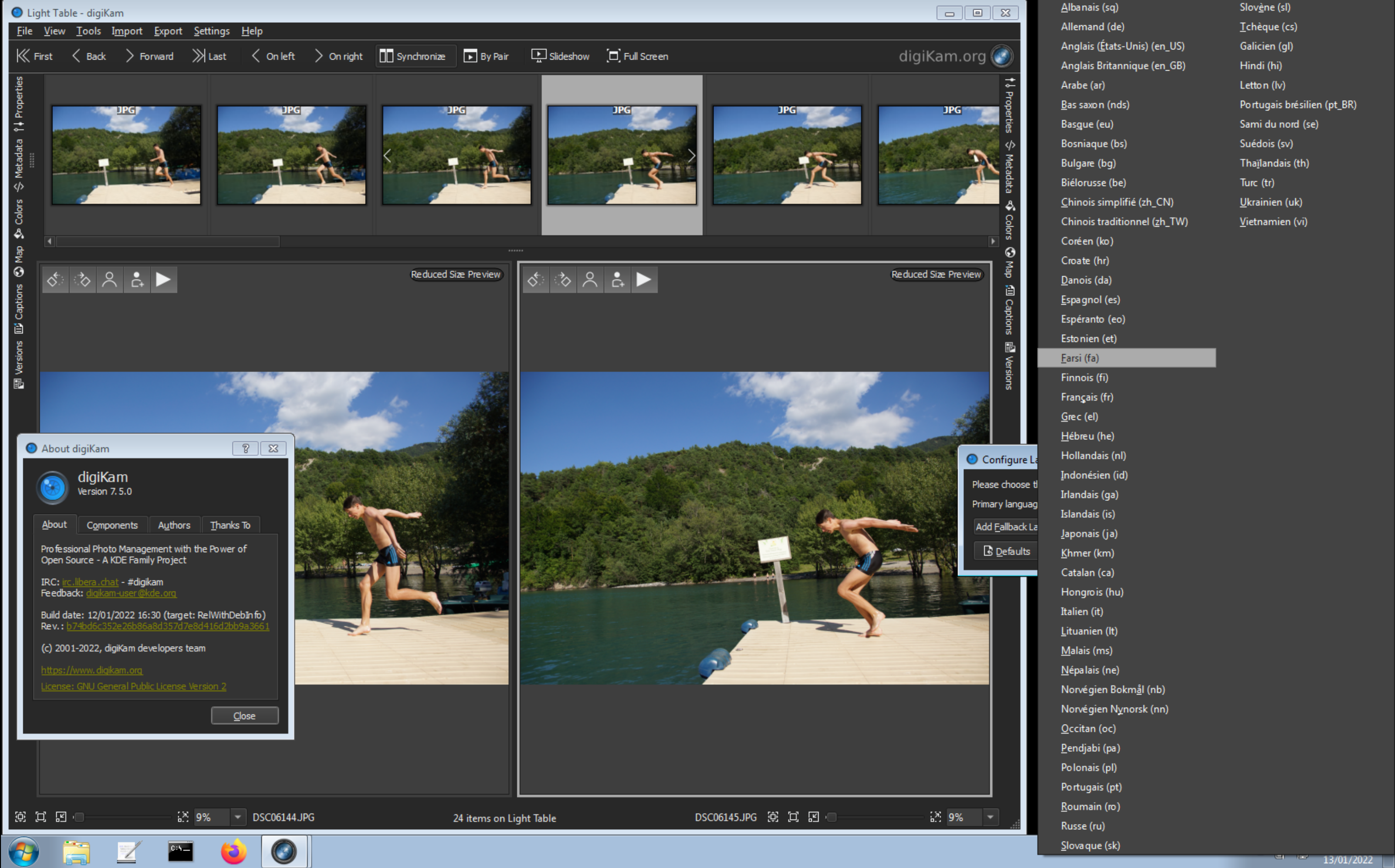 With this release we take care about reviewing all internationalization reports and especially ones about the Right To Left supports. Usually, in the occidental world, we use Left To Right text orientation, but what’s about the rest of the world, as Arabic and Hebrew for example. With this release at the same time as a huge translation update we have tested and fixed all main problems about RTL support. This has not been an easy task, as this kind of language is not natural for the team… 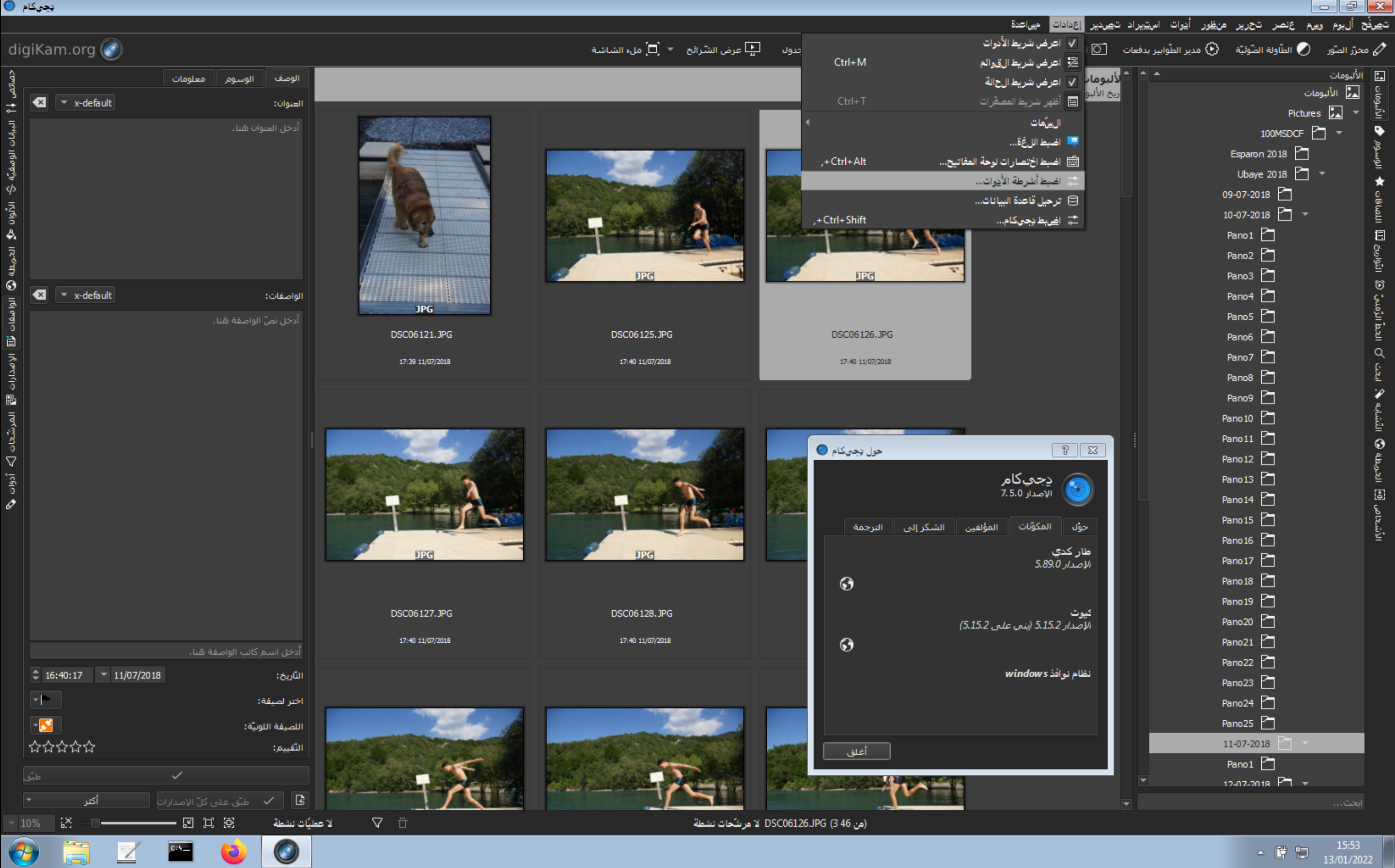 The screenshot behind has been taken after switching the language from English to Arabic. Remark that all the interface is inverted: menus text, widgets, layout, etc. To change the language, go to the Settings menu and select the Change Language option. A dialog will appear where you can select the main language to use in graphic application. An alternative language can be also tuned to fill the non translated strings with a replacement localization. See Below the result of Showfoto translated in Chinese. 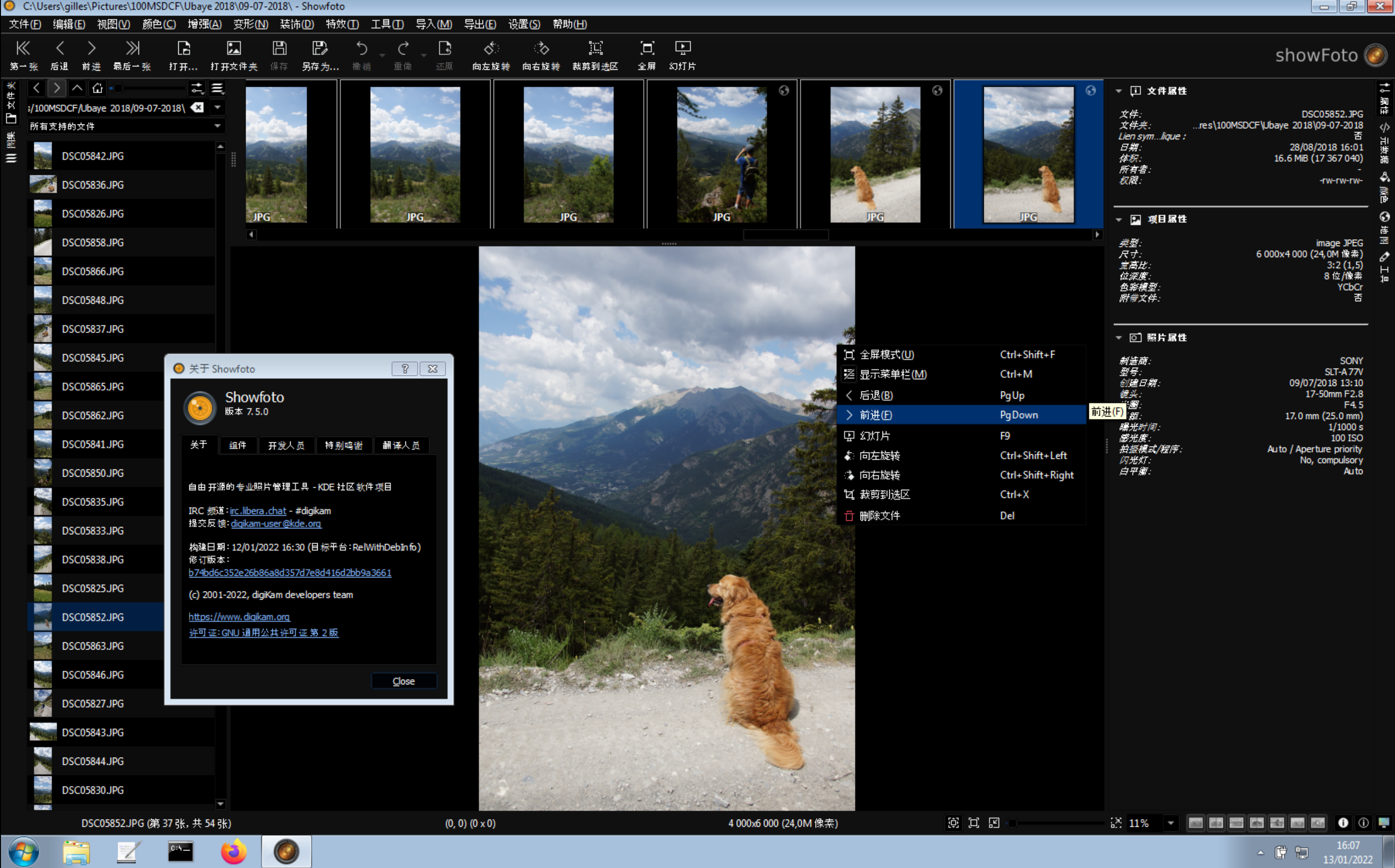 Translating a huge application like digiKam is a long and complex task. The strings in English are extracted by scripts everyday and all are packaged for each language by one text formatted file (PO file for Programm Object). The translators work on the file with a dedicated graphical application. The contextual indications are given, including the place in source code and the contextual helper comments given by programmers to describe the uses in application. Plural forms are also supported, as this can differ between languages. Finally, when translations is done, the PO file is updated in a special repository where the developers can checkout data and transform the translation in a binary form (MO - Machine Object) which will be used by the application at run-time to render translated strings in GUI. These MO files are packaged by Linux distro teams or in the bundles that we provide for you.

If you want to contribute with the internationalization tasks, don’t hesitate to contact the coordination team.

Fcitx aka Platform Input Context is an input method framework with extension support for Linux systems. Fcitx supports typing with many languages all over the world with a large number of engines. Fcitx is now included in digiKam Linux AppImage bundle.

As the Linux and the Windows version, macOS users reclaims an open-with alternative method for digiKam and Showfoto context menu to open items in prefered applications. With digiKam 7.5.0, this is now a reality. 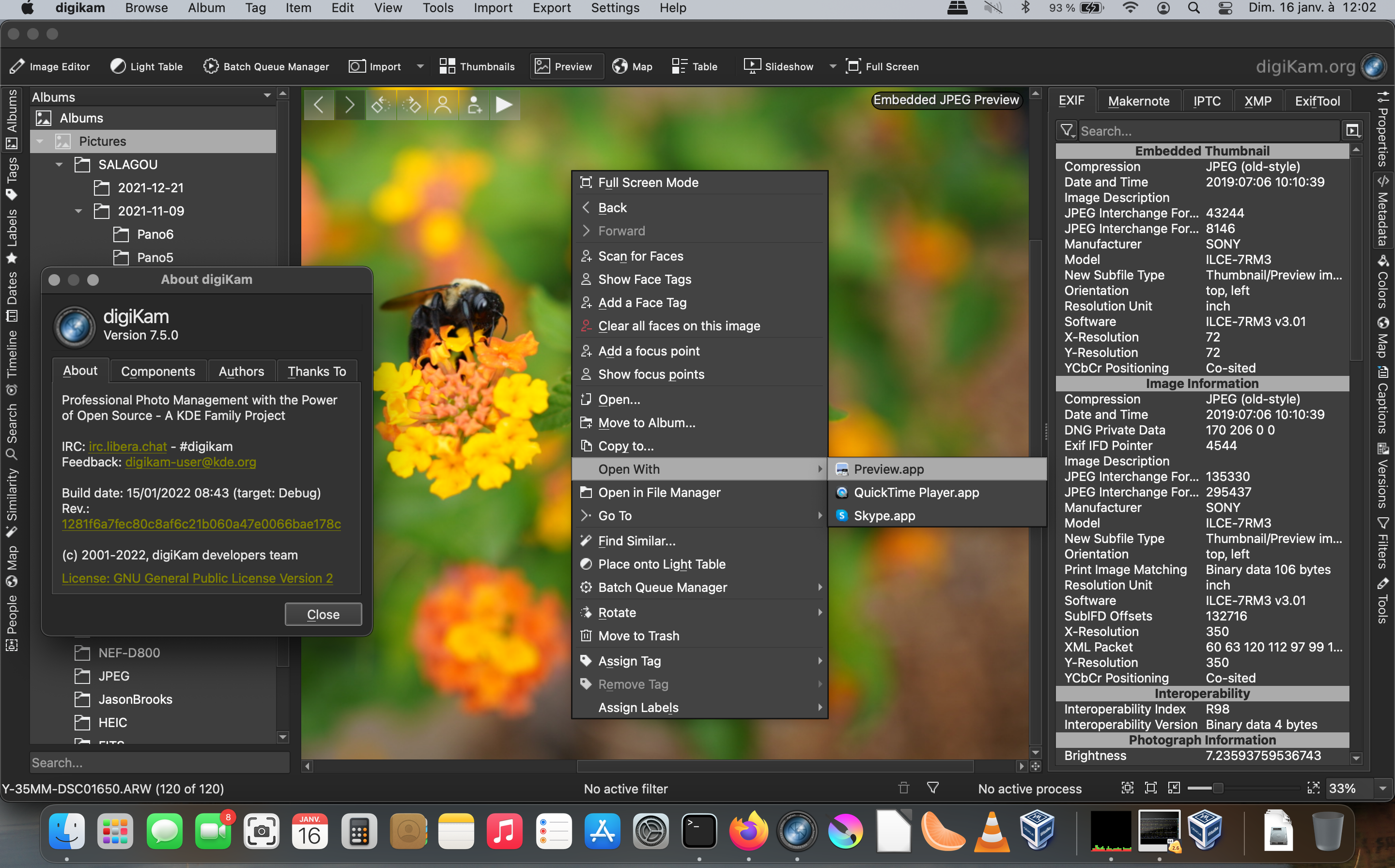 Bugzilla is master piece of software referencing the story of the project, including all the contructive exchanges between the developers and users. As we process a large bug-triage during this month, it’s time to give a general feedback about the reports statistics in the database classed by supported plateforms.

Since 20 years, digiKam team has closed:

This gives a total of 12218 files registered in the database.

About the type of pending reports:

Of course, the primary platform is Linux as application is mostly developed under this operating system, but since the 7.0.0 release,the Windows and the macOS reports have become more predominant in bugzilla due to the better integration of the application and a better popularity.