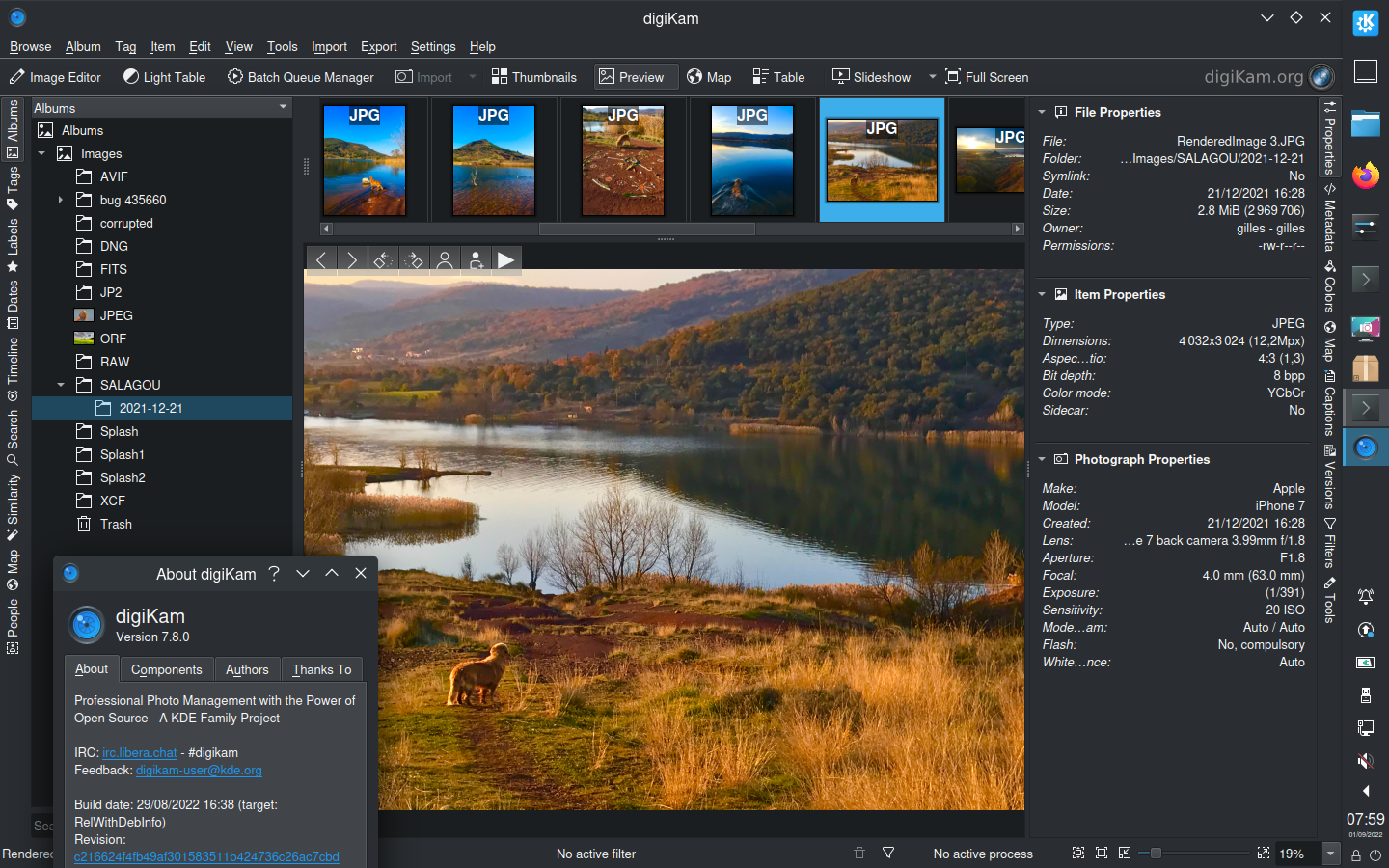 After three months of active maintenance and another bug triage, the digiKam team is proud to present version 7.8.0 of its open source digital photo manager. See below the list of most important features coming with this release.

As with the previous release, we take care about upgrading the Qt framework with a LTS version. Since Qt 5.15.2, the framework is only published privately to the registered clients from the Qt Company. By chance, the KDE project deals with the Qt company to provide a rolling relea se of the whole Qt framework including all the most important patches. This is the Qt collection patch used from now by the digiKam AppImage bundle. This allows digiKam to benefit from important fixes as to support the most recent version of Mysql and Mar iadb database in the QtSql plugin. Even if Qt 5.15.5 is just released as open-source, more than one year later 5.15.2, we will continue to use the Qt Collecti on Patch, as the last customer Qt5 release is 5.15.10. So there exists again a serious gap between the open-source and the customer versions of Qt. 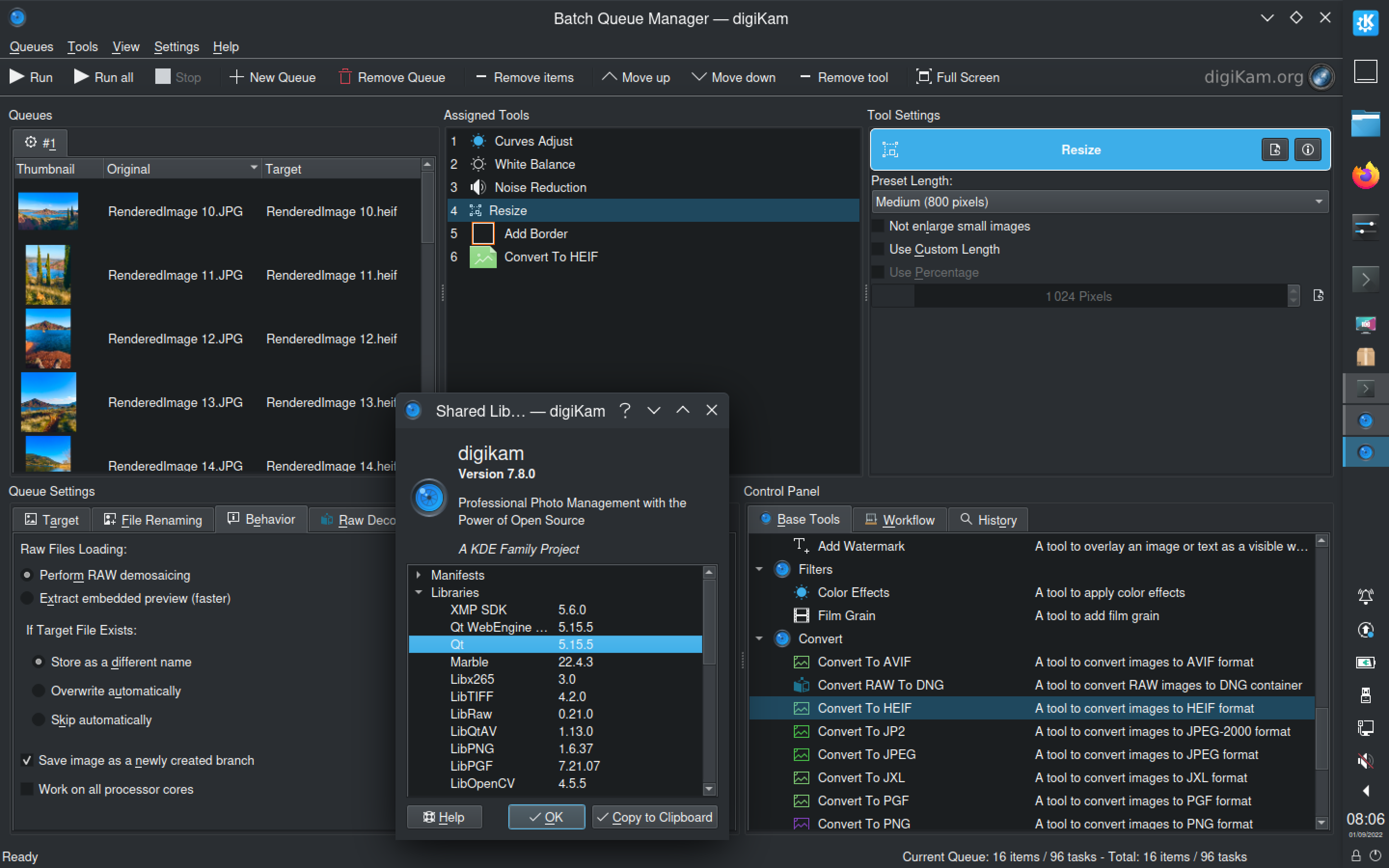 Update of KDE framework and Libraw 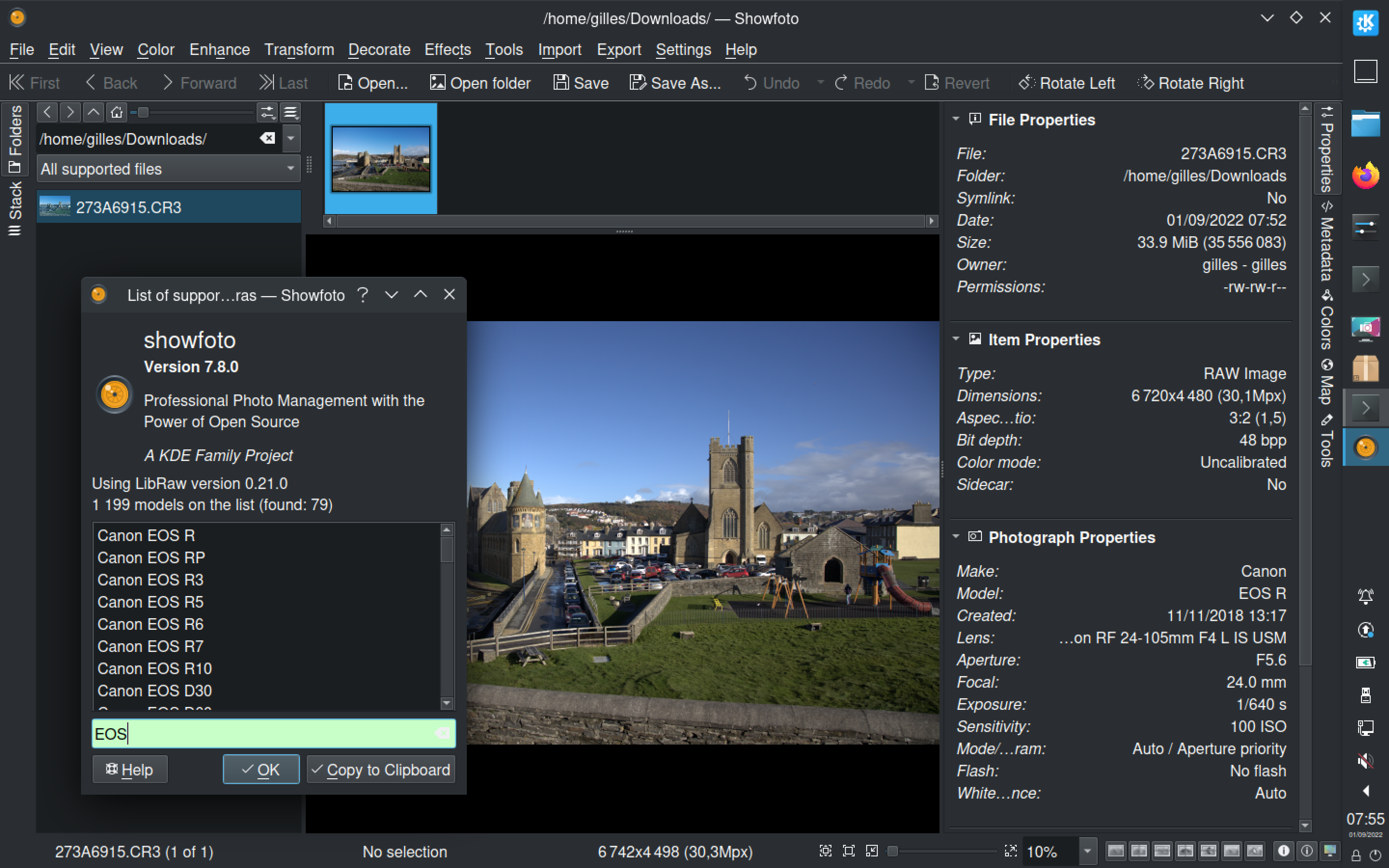 This new version arrives with 51 files triaged and closed in bugzilla.

With this release, HIF images are now recognized as the modern HEIF, and the famous GMicQt tool have been updated to last 3.1 release. 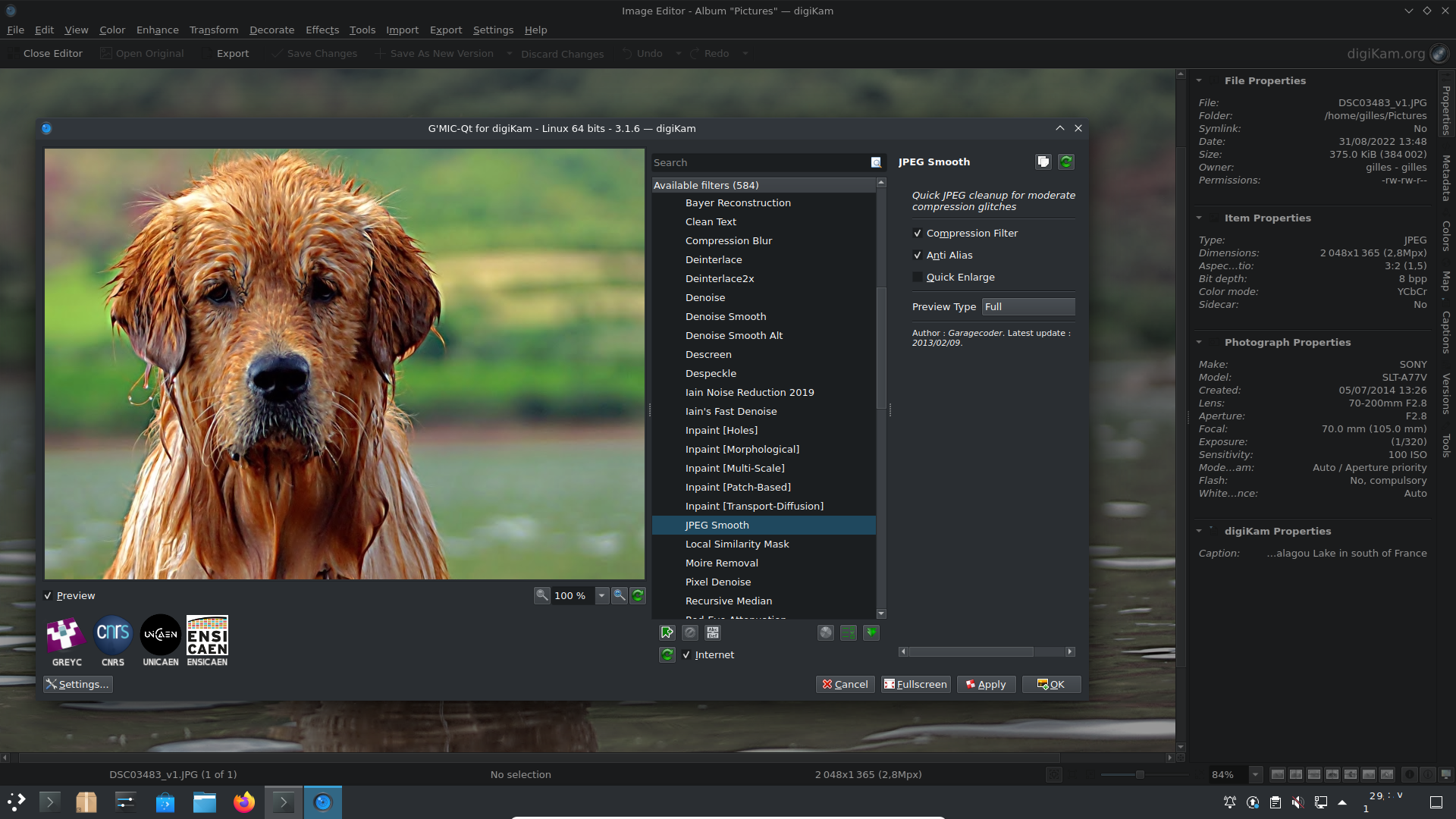 Other improvements are crash fixes in specific conditions, fixes for regression use cases, add grayscale and 16 bits PSD images support.

The application internationalization has also been updated and propose now 57 different languages for the graphical interface. Go to Settings/Configure Languages dialog and change the localization as you want. Application need to be restarted to apply changes. If you want to contribute to the internationalization of digiKam, please contact the translator teams, following the translation how-to. The statistics about translation states are available here. 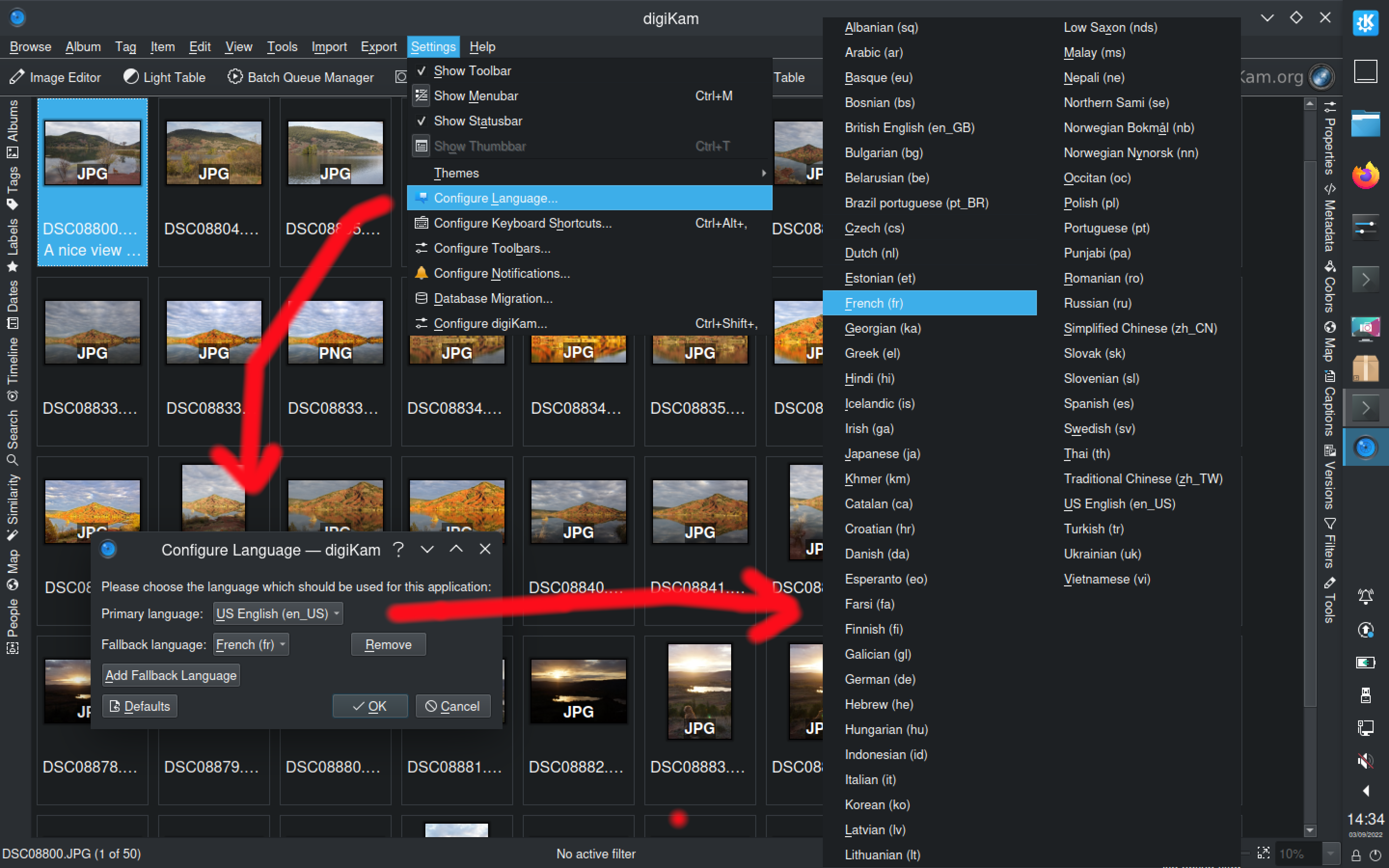 We plan to release the next 8.0.0 in a few weeks, if all regression tests are passed. Depending on the results with 8.0.0 source code, perhaps we will maintain a little bit of the 7.x series with a new 7.9.0 version if necessary, including the last most important bug-fixes discovered.

8.0.0 is ported to the new Qt6 framework and it is still compatible with Qt5. All new important features are hosted to this code. This summer we have mentored two students working on the Image Quality analyzer using neural network, and a new plugin to perform OCR over images using Tesseract. The projects are under finalization and will be integrated soon to 8.0.0.

Rendez-vous in a few months for the new major digiKam 8.0.0 release.